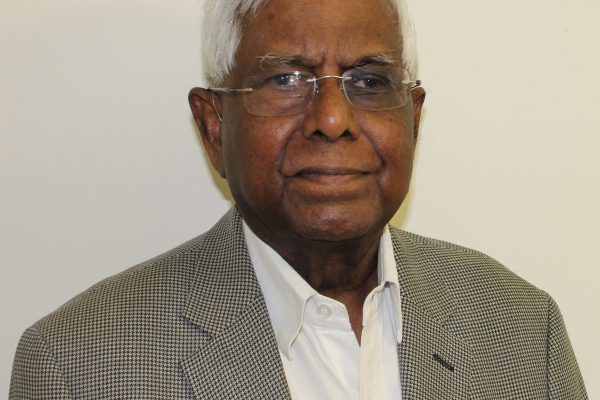 Dr. David Chigurupati was born to God-loving parents late Mr & Mrs. Premanandam and Santhoshamma Chigurupati in Vuyyuru, Krishna District, AP. He studied in several schools because of his father’s transfers being a Government Employee like American Baptist School, Nellore, Church Missionary Society of London (Church of South India today) school, Eluru, W.G.Dt, Sharkey school and Noble high school, Machilipatnam, Krishna Dt, Canadian Baptist McLaurin High school, Kakinada, E.G.Dt, Govt. school, Polavaram, W.G.Dt. and Municipal High school, Eluru, W.G.Dt. He was school first in his senior year (equivalent to Valedictorian in the US) and passed his intermediate in 1s​t class from Sir C R Reddy College, Eluru, W.G.Dt and went to Guntur Medical College, Guntur for MBBS (Bachelor of Medicine & Bachelor of Surgery). Accepted Jesus Christ as his personal Lord and Savior while a medical student in 1962. He worked in Kugler Lutheran mission Hospital, Guntur from 1965 to 1967 and came to the USA in 1967 to New York City to pursue post-graduate studies in medicine. Met late Dr. Spiros Zodhiates, President of AMG International (Formerly American Mission to Greeks and now known as Advancing the Ministries of the Gospel as their ministry became worldwide) in 1967 who asked him if he could help him start AMG’s ministry in India. In 1968 Dr. David introduced brother John David of Chilakaluripet, Guntur Dt. to Dr. Zodhiates and that was how AMG’s ministry came to Andhra Pradesh, India. By the grace of God that ministry grew in leaps and bounds and is spread over 7 coastal districts of AP and some in Tamil Nadu and Orissa states as well.

Dr. David has been serving on the board of AMG since 1992. To God be the glory great things He has done.
Dr. David specialized in Pediatrics. In 1974 his parents came to America and they all went on a Holy Land trip with Dr. Zodhiates. In 1980 He was diagnosed to be having Glaucoma, a condition that can cause blindness if not treated. At that time in his life, he would not use medicines for health conditions. His doctors told him though that he would go blind if he does not use medicines. There was a time in his life that he stood up in front of his church and said that he would serve God full-time.  At that time he was working as the director of the Emergency department at Rahway Hospital, Rahway, NJ. He is considered legally blind. Until he left his job, Bro. David was very active in the Lord’s work but after he quit his job God took him on a journey that was totally alien to him in that He brought him into full-time ministry according to the promise he made in front of his church some years ago. “O the depth of the riches both of the wisdom and knowledge of God; how unsearchable are His judgments and His ways past finding out” (Rom:11:33).

God really amazed him in that He opened door after door for him in various ministries one of them being Panditha Ramabai Mukthi Mission, Kedgoan, Pune Dt, Maharashtra. While the ministry opportunities were opening up the question that he might lose sight altogether any day was always there being human. For those fears God comforted him with Psalms – 32:8 “I will instruct thee and teach thee in the way in which thou shalt go; I will guide thee with mine eye”. What an assurance that He would guide him with His eye! He also comforted me with 2 Corinthians – 12: 9 “My grace is sufficient for thee; for my strength is made perfect in weakness”. Some believe that St. Paul’s infirmity was an eye problem also. “Great is His faithfulness” Lamentations – 3:23.  God graciously met all his needs and guarded the little vision that he had ill to-day. What a kind and loving God we have! He is ever grateful to Him. He is able to read, write and travel even overseas by His grace.

For the glory of God, He enabled him to do the following as well – Start a Telugu Christian Fellowship of NJ in 1979 which continues till to-day (His eyesight was not impaired at that time), a Christian Family Conference in 1994 in New York that grew to the present number of 25 conferences in US and Canada; A global conference for Telugu Christians was a God-given idea to Bro. David that stemmed out of starting Christian family conferences in the US and this idea when shared with Rev. Dr. Joseph Paturi and Apostle Livingston Gadde resulted in organizing the first Global Telugu Christian Servants Conference in Kuwait in 1999. Again in 2001 it was conducted in Hyderabad and after the conference, the following God’s servants Paul Devakumar, Joseph Kishore, D J Augustine, O M Prasad, Yesupadam Merigala, Livingston Gadde, and David met in Bangalore and after spending considerable time in prayer agreed to establish “Global Telugu Christian Ministries” with a vision to reach out to Telugu people around the world with the gospel and in the same year 2001 it was registered with the govt. of AP in Hyderabad, India. Praise the Lord. In US two Telugu churches in New City, NY & Rahway, NJ and another Telugu Christian Fellowship in Jersey City, NJ was started. God willing one more Telugu Christian Fellowship will be started soon in Essex County, NJ. God blessed him to be the president of the National Association of Asian Indian Christians in USA Inc. for 6 years, an organization of all Christians from India. that successfully conducted demonstrations when former Prime Minister Atal Behari Vajpai was addressing e the United Nations Organization (UNO) in New York and joint sessions of Congress in Washington, DC on behalf of persecuted Indian Christians. The latter was a significant one in that some US senators and congressmen participated in it. God enabled him to minister in the US, Canada, England, Germany, Gulf countries primarily in Kuwait where a Bible school was planted more than 10 years ago “Telugu Kraithava Vedantha Vidyalayamu” along with Rev. Dr. Joseph Paturi, the main architect and Apostle Livingston Gadde and of course in different states of India. This Bible school offers a B.Th degree that is recognized by the “Asian Theological Association” which is valid all over Asia. Very soon M.Div courses also will be offered. God also permitted him to organize along with other believers like Bro. Ebenezer Pattabhi a Good Friday Service for three hours with seven speakers in NJ and also participate in an India independence day parade with a Christian float distributing gospel tracts for thousands upon thousands of people for nearly 25 years in New York City. There are other events for the glory of God but for the sake of time and space, it becomes difficult to mention all of them here.

In closing Bro. David wants to acknowledge that he was a dreadful sinner saved by the grace of God and everything that happened in his life happened by grace and through the ardent prayers of the family, friends, relatives and prayer partners around the world. He wants all to continue to pray for him, his family, ministries entrusted to him and ministry partners to be faithful till the very end and the ministries to continue till Jesus comes.