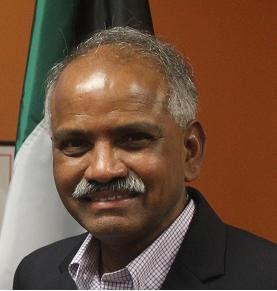 Dr. Joseph Paturi is a frequent speaker in Churches, Conferences, and Conventions held across America and around the world. His passion is to reach the unreached with the gospel of Jesus Christ and equip the believers for the work of the ministry. He traveled over one and a half million miles and covered nearly 70 countries and territories so far bringing the good news of Jesus Christ. He is the Founder-President of Trans World Ministries (TWM), which is an international mission endeavor in America and around the globe. He is also the Co-founder and Vice-President of Global Telugu Christian Ministries(GTCM), which is a worldwide ministry among Telugus. He functions as National Director for Christian Family Conferences (CFC) held across North America. He serves as Co-Chancellor of Vedanta Vidhyalayam (TKVV), a theological seminary in Kuwait. He is also the President Emeritus of Temple Baptist College (TBC), Cincinnati, Ohio. He provides leadership to help establish Bible Colleges, Theological Seminaries, and Christian Universities in different countries. He chairs several professional teams evaluating institutions of higher education for accreditation. He serves on many national and international boards. He is an author as well. His books include Basic Theology, God’s Design for Marriage, Understanding Heaven, Understanding John Three Sixteen, Indian Baptist Heritage, Global Telugu Christian Diaspora, Heart of Christmas, and God’s Word for the Children, besides contributing chapters to academic textbooks and articles to various magazines. He has earned multidisciplinary educational credentials at undergraduate, graduate and doctoral levels in Science, Business, Biblical Studies, and Christian Education. He has about 45 years of combined experience in higher education, administration and ministry fields. He is an international leader and Christian statesman. He lives in Cincinnati, Ohio with his wife Dr. Shobha.